No Pakistani films at IFFI 2016

The upcoming 47th International Film Festival of India #IFFI will not screen any #Pakistani_film as the two entries sent from the country were "not up to the mark". 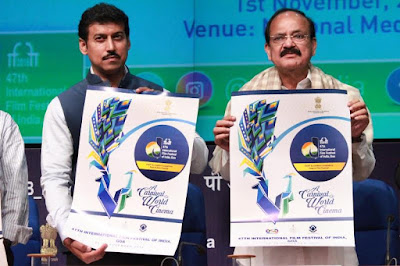 Union Information and Broadcasting Minister M. Venkaiah Naidu along with Union Minister of State for Information and Broadcasting Rajyavardhan Singh Rathore, Deputy Chief Minister of Goa Francis D'souza and Directorate of Film Festivals Senthil Rajan, held a press conference here on Tuesday to unveil the poster and share the highlights of the film festival, which will take place in Goa from November 20-28.

It was also announced that out of 1032 entries from across the globe, IFFI 2016 will screen 194 films from 88 countries, but Pakistan won't be a part of it.
"We are not screening any Pakistani film this year. We had received two entries from Pakistan, but our film committee felt those films were not up to the mark. We received over 1000 entries from 102 countries," Rajan told.

"I don't know the name of the two films that were sent, but they were not shortlisted," he added. 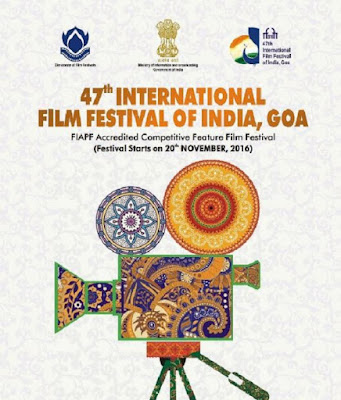 In 2007, "Khuda Kay Liye" was the first Pakistani film, which was screened at the 38th edition of IFFI.

Speaking at the press conference, Naidu said that there is "heavy competition" between films.

"As many as 1032 film entries came. The films that have been selected, you will come to know as and when they will be exhibited," he said.

IFFI, which earlier used to take place from November 20-30, has been shortened by two days this year.

Talking about the same, Rathore said: "One is always experimenting with the film festival to try and make it as attractive and possible. And we have delegates coming from across the globe."

"We want them to get the best of cinema in the least amount of time. Therefore, from 10 days we have now reduced it to eight days. There is no reduction in content. The best films are all going to be showcased".

Late Polish director Andrzej Wajda's "After Images" -- a biopic based on the life of late Polish painter Wladyslaw Strzeminski, will kick off the festival.

This year, the country that will be in focus is Republic of Korea.

South Korean filmmaker Kim Jee-Woon ‘s "The Age of Shadows", which is the country's official entry for the Oscars next year, will bring down the curtains on the festival.