Use of #travel_apps will increase by next year as 45 percent people plan to be more #adventurous in their choice of destination, says an expert. 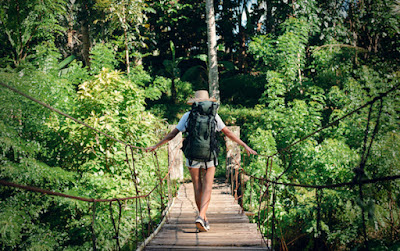 After extracting information from traveller endorsements, reviews, preferences, insights and innovation in e-commerce travel technology, Booking.com, an online accommodation booking website, has rolled out predictions for travellers in the coming year.

Here is what they have to say:

♦ Technology is fuelling a more demanding and impatient traveller. 44 percent of travellers already expect to be able to plan their holiday in a few simple taps of their smartphone and 52 percent expect their use of travel apps to increase in 2017.

From finding the nearest ATM or available Wi-Fi to queue jumping at top attractions and getting on-the- go advice on how to get over jet lag, meaningful functionality in palm-based technology will abound in 2017.

♦ Of 40 percent of global travellers, who journeyed for business this year, 46 percent think they will travel even more for business in 2017. Forty nine percent of business travellers already extend their business trips to further enjoy the destination, while 75 percent intend to do so the same or more in the coming year.

It is also predicted that 45 percent travellers plan to be more adventurous in their choice of destination in the coming year, while 47 percent would like to explore corners of the globe that none of their friends have been to.

Also, 56 percent of travellers would like to do more independent travel in 2017, a trend particularly prevalent amongst those from Brazil, India, the United States, China and Thailand.

♦ In a hectic world, people are increasingly seeing travel as a way to bring balance back into their lives.

The survey says that 48 percent people consider going on holiday as a moment to reflect and make better lifestyle choices. The coming year will see many travellers prioritising health conscious trips that promise harmony for the mind, body and soul, particularly those from India, China and Thailand.

Also 44 percent are interested in experiencing spa or relaxation travel and 38 percent in a health/wellbeing travel experience in 2017.

The days of leaving paid holidays on the table at the end of the year are fading even in the most demanding work cultures, with 51 percent individuals intending to take more of their annual leave in the coming year than this year.

Travellers are also becoming less interested in fancy embellishments and more interested in the small moments and simple pleasures of a journey. Only 10 percent of travellers said that a butler/concierge service was essential to enjoy their travel experiences in 2017.

♦ Travel has become a lifestyle not a luxury for increasing numbers. In fact, 44 percent people see a future where we'll be holidaying in far flung corners of the galaxy or deep under the ocean, which may not be as far off as one might think.