David Guetta to perform in India for a cause

Grammy Award-winning DJ and music producer #David_Guetta will be back in India on a charitable note with the #Guetta4Good show here on January 12 next year. 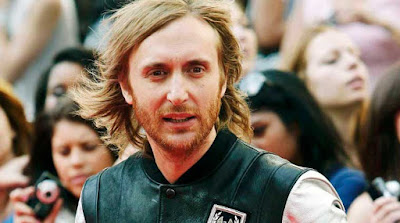 The profits from the special charity performance at the gig, put together by the organisers of Sunburn -- one of the India's biggest electronic dance music festivals -- will go towards educating underprivileged children.

The DJ will be making a special contribution towards underprivileged children with the help of children's non-profit organization Magic Bus, as all the funds raised from the performance will be donated to the latter.

"India is a magical place. The energy that I get from the country and the fans creatively inspires me. Music can change lives," Guetta said in a statement.
Karan Singh, CEO of Sunburn, said: "The idea of using music as a medium to raise funds to support our children is one that has connected with the youth of India and am sure we will see an overwhelming response for David's performance come January."

Guetta first toured India in 2012, and has subsequently performed to massive crowds all across the country. Other than his charity gig, Guetta will performing in Mumbai on January 13, in Hyderabad on January 14, and in Noida on January 15.