'Half Girlfriend' shooting wraps up

The shooting for Mohit Suri's upcoming film #Half_Girlfriend is over. 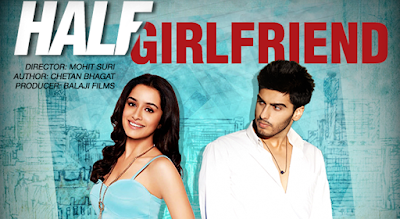 Shraddha, who has previously worked with Suri in films like "Aashiqui 2" and "Ek Villain", on Thursday Tweeted that it has been special.

"And it's a film wrap on 'Half Girlfriend'! Hatrick completed with Mohit Suri and it's been so so special...80 days, six states and three continents," she tweeted.

Shraddha Kapoor, who will be seen sharing screen space with actor Arjun Kapoor in the film, also praised the entire crew.

"It's been amazing with an amazing team. Such awesomely passionate talents coming together. This beautiful world of making films," she said.

This will be the second time Arjun will be seen in Bhagat's book adaptation. In 2014, He was seen in the film "2 States" an adaptation of the book "2 States: The Story of My Marriage".

Directed by Mohit Suri, "Half Girlfriend" is locked for release on May 19 next year.