I was a very shy girl: Disha Patani

Actress #Disha_Patani, who will be seen sharing screen space with legendary actor Jackie Chan in #Kung_Fu_Yoga, says being an actress was never her plan as she was a very shy girl. 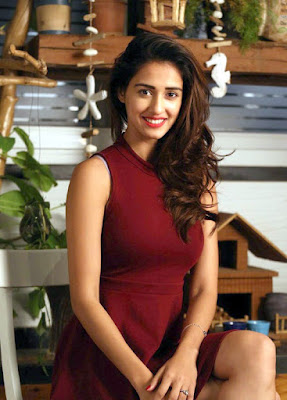 Disha made her debut in 2016 with Sushant Singh Rajput starrer "M.S. Dhoni: The Untold Story".

Asked if being an actress was always in her mind, Disha told over phone from Mumbai: "No (it was not the plan). I was so shy I didn't have friends till 16 or something. I could never imagine myself acting in front of camera or doing anything in front of the camera. I was a very shy girl."

The 21-year-old says while growing up she wanted to be an air force pilot.

"But I think it was destiny and this (acting) was meant to be...I got the opportunity and i grabbed it and slowly I started finding a lot of interest in acting," she added.

Disha will be seen playing an archaeologist in "Kung Fu Yoga", which will hit the screens on January 28.

The film, which is a Sino-Indian project, is part of the three-film agreement signed between the two countries during Chinese President Xi Jinping's visit to India.
The film also stars actors Amyra Dastur and Sonu Sood.

Directed by Stanley Tong, the action comedy film is shot in India, Dubai and Beijing.