Superstar #Aamir_Khan, who is awaiting the release of his forthcoming movie #Dangal, says he is never confident but nervous about his films prior to its release. 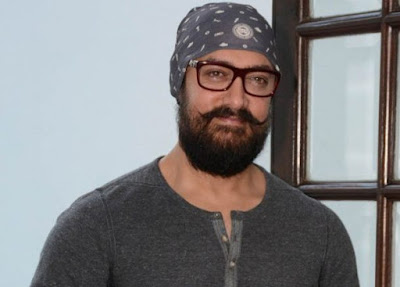 "I am never confident, I am always nervous about my films. So whenever we make a film with such love and care, we are worried about audience reaction. So far only friends, family, close ones and now Mahavir Ji have watched the film, and we are happy that they liked the film" Aamir said.

The actor was present at a special screening of the film on Tuesday night here. The event was graced by former wrestler Mahavir Singh Phogat, Geeta Phogat, Babita Phogat, Sachin Tendulkar and Raj Thackeray among many others.

"We are waiting for December 23, when audience will watch the film, how they will receive the film. I am eagerly waiting for that" he added.

In "Dangal", Aamir plays the role of wrestler Mahavir Singh Phogat.
He underwent rigorous workout sessions for the role. He had to previously gain weight, going from 68 kg to 93 kg in six months, for his role of the ageing wrestler during the first phase of the film's shoot.

"Dangal", directed by Nitesh Tiwari, is scheduled to release on Friday.