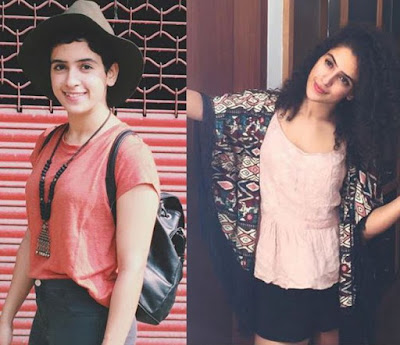 "I am not a competitive person in my real life, unlike the wrestler Babita Kumari. I am a rather focused person who is doing something and trying to get satisfaction out of it. Winning is not so important for me," Sanya told here.

However, she relates well with the character of Babita.

"Like Babita, I am also the youngest in the family and I share a very special bond with my father. So I found an emotional connection there while narrating the character," she said.

"Dangal" is a biographical sports drama which tells the story of Mahavir Singh Phogat, who taught wrestling to his daughters Geeta Phogat and Babita Kumari.
During the preparation for the role, Sanya went through a lot of videos of the wrestler to get her body language correct along with heavy physical training for learning the technical aspects of the game.

So, what happened when she finally met Babita in real life?

"I was in awe... I was star stuck. They (Geeta Phogat and Babita Kumari) are real heroes, they are the champions. We were watching their videos and then meeting them in real, was surreal. Babita even came during our training session," Sanya said.

While working with Aamir and director Nitesh Tiwari has been very special, Sanya said she has got a very special gift from the film.

"I have made Fatima (co-actor Fatima Sana Shaikh) as my lifetime friend. Working for two years on the film, we bonded over many things. I genuinely love and respect her as a performer," said Sanya.

Born and brought up in Delhi, Sanya shifted to Mumbai after several auditions for the film. But now, she wants to fly high with her greater dream of acting with a wish-list of her favourite directors that she wants to work with.

"As a performer, I would love to explore every genre of film -- whether it is typical 'masala movie' or content-driven film. I do not want to restrict myself. I so want to work with Imtiaz Ali, Karan Johar and Aditya Chopra among others," she said.