#Nicole_Kidman met her first husband #Tom_Cruise on the set of 1990s film "Days of Thunder", and they instantly became one of the most famous celebrity couples in the world. The actress says all of it was "pretty sudden", and she was distracted. 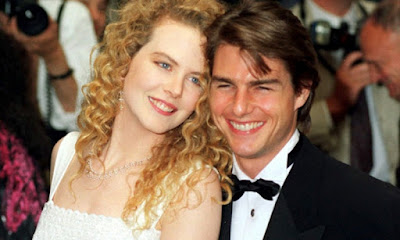 "It was pretty sudden. But, you know, when I fell in love, everything else was like, ehhh!. I was distracted," cbsnews.com quoted Kidman as saying.

The actress still won't say exactly why after 10 years and two adopted children, Kidman and Cruise went their separate ways.

Kidman channelled her personal anguish over the break-up, and put on a prosthetic nose, to play the role of British author Virginia Woolf in 2002's "The Hours".
Talking about the movie, Kidman said: "Yeah. I mean, I was deeply sad at the time. So then I sort of... just kind of got lost in her. And it all sounds sort of mumbo-jumbo crazy stuff, but it kind of saved my life."

She is now married to country singer Keith Urban in 2006, and they have two daughters.

On the professional front, Kidman will be seen in movie "Lion". In the movie, she plays fellow Australian Sue Brierly in the heart-wrenching true story of a couple who adopt a lost Indian boy, and help him find his birth mother.