Asian-American actor #Conrad_Ricamora loves to watch Indian actress #Priyanka_Chopra in "Quantico", but admits that he is "embarrassingly uneducated about Indian cinema". 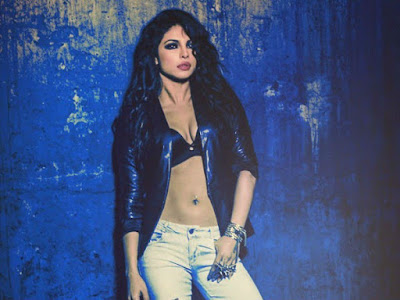 The actor, known as Oliver Hampton in TV show "How to Get Away With Murder", feels Priyanka -- who took the action route to make her debut in the international fiction TV space with " Quantico" last year -- is fantastic.

"I have seen her on 'Quantico'. I think she is great, she is fantastic. I don't know that much about Indian cinema besides I have seen a few movies. I am embarrassingly uneducated about Indian cinema," Ricamora told over phone from Los Angeles.
Priyanka, who was seen essaying an FBI agent named Alex Parrish in the first season of the American drama series, is now portraying a CIA agent in its second season, which airs in India on Star World and Star World HD. The actress is busy shooting for the second season of American TV show "Quantico" in New York.

Ricamora is also busy with the third season of the show.

"We are still in the middle of shooting season three, so that is keeping me really busy. I have done some independent film, and I am also developing a web series with my friend which will be about a group of gay Asian men living in New York City," said Ricamora, who is a homosexual in real life too.