Proud to be part of 'Raees': Sunny Leone

Actress #Sunny_Leone's image from the special song "Laila main Laila" from superstar #Shah_Rukh_Khans much-awaited film #Raees was released on social media on Monday. She says she feels proud to be part of the Rahul Dholakia directorial. 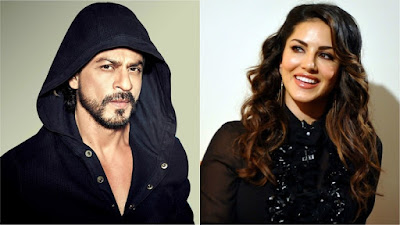 In the image, Sunny is seen in a desi avatar, sporting a blue lehenga choli.

"Proud to be part of ‘Laila main Laila'. ‘Raees' journey has just begun. I am coming," Sunny tweeted alongside the image.

"Laila main Laila" is a rendition of the popular song "Laila Ho Laila" from the 1980 film "Qurbani".

Shah Rukh tweeted: "Absolutely awesome Ram Sampath and the ebullient Sunny Leone are bringing back a blast from the past."
Set inthe 1980s Gujarat, "Raees" tells the story of a bootlegger whose business is thwarted by a tough policeman. The film is produced by Excel Entertainment and Red Chillies Entertainment.