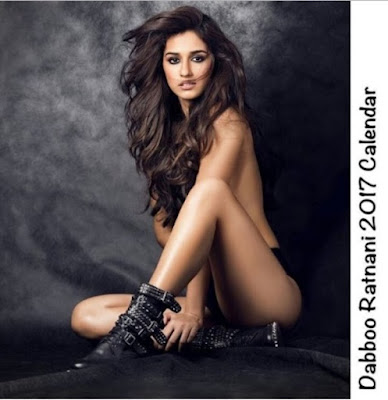 In the photograph, Disha can be seen sitting with her left leg upfront, while covering her modesty with her hands. In the image, she is only wearing black underwear and boots.