The 74th #Golden_Globe_Awards ceremony paid a tribute to late actresses, mother-daughter #Carrie_Fisher and #Debbie_Reynolds by showcasing clips of some of their memorable roles. 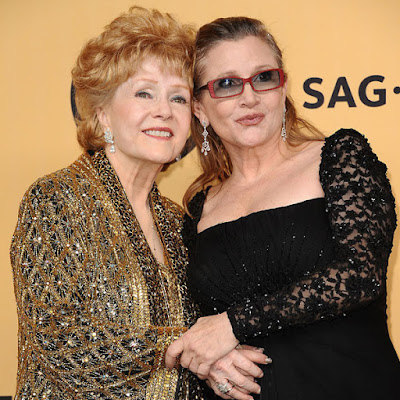 While hosting the gala, comedian Jimmy Fallon stopped the show to pay tribute to Fisher and Reynolds at the Beverly Hills Hotel in California.

"This past year we lost so many legends and icons, but a few weeks ago, we lost a mother and a daughter within just a couple of days, and it was a terrible loss that we all felt," Fallon said.

He then introduced a video montage dedicated to the mother and daughter, which included clips from many of Fisher's and Reynolds' memorable roles, including Fisher as Princess Leia in "Star Wars" and Reynolds in "Singin' in the Rain".