Nawazuddin is a gem of an actor: Shah Rukh Khan

Superstar #Shah_Rukh_Khan, who is gearing up for the release of his forthcoming film #Raees, says his co-star #Nawazuddin_Siddiqui is a gem of an actor. 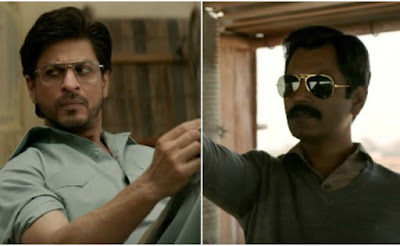 Shah Rukh on Thursday treated his fans to a question and answer session, where a user asked him about how it was working with Nawaazuddin Siddiqui.

"Nawazuddin bhai is a gem of an actor and too much fun to work with," Shah Rukh tweeted.

Another fan asked whether SRK had watched "Dangal" or not.

"Have been busy with work so haven't seen it yet. Have promised Aamir will see it soon on a free day. It's awesome like we all know," he wrote.
In the film, Shah Rukh essays the title role of Raees, a bootlegger. Directed by Rahul Dholakia, "Raees" is slated to release on January 25.