Marvel Studios president Kevin Feige has suggested that villain #Thanos could be seen as a main character in their upcoming film #Avengers_Infinity_War. 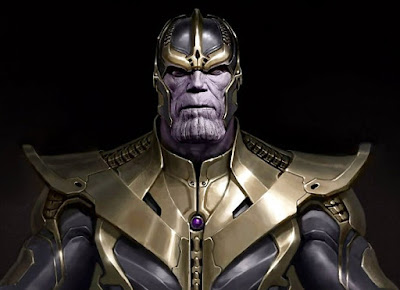 "Thanos in 'Infinity War' is-in a movie that has a lot of characters, you could almost go so far as to say he is the main character," said Feige, reports aceshowbiz.com.

"And that's a bit of a departure from what we've done before, but that was appropriate for a movie called 'Infinity War'."

They will be joined by "Guardians of the Galaxy" stars Chris Pratt, Zoe Saldana, Karen Gillan and Dave Bautista.

"Game of Thrones" star Peter Dinklage is also starring and is speculated to play MODOK, while Benedict Cumberbatch will reprise his role as Doctor Strange.
"Infinity War" and its untitled sequel are planned to be filmed back-to-back, with Atlanta and Scotland as their settings.