Frequent dining out may dent your food budget

Do you frequently have meals at a restaurant? Beware, you may struggle to control your #food_budget since people who dine out frequently tend to underestimate the money they spend on eating out, a study led by an Indian-origin researcher has showed. 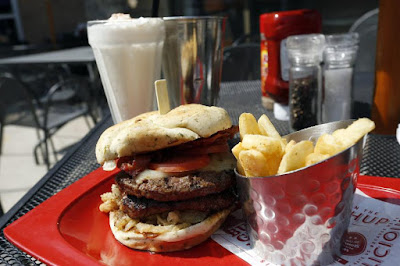 Rather than make people smarter consumers, frequent eating out may be associated with their inability to impose mental constraints on buying, said Amit Sharma, Associate Professor at the Pennsylvania State University in the US.

Mental budgeting may cause some of the overspending habits of out-of-the-home diners, Sharma said.

In the study, appearing in the Journal of Hospitality and Tourism Research, participants increased their mean personal dining-out budget from a little under $18 in week one to about $55 in week two.

The mean family dining-out budget raised significantly from around $33 in week one to $41 in week two.

"When people reported their dining-out budget for the second time during the experiment, it was significantly higher than what they stated at the first time," Sharma said.
The numbers were particularly significant for workers who eat lunch at restaurants or convenience stores.

"... obviously, they thought they would spend less in a week, but as the week progressed they realised they were spending a lot more and they rationalised that increase," Sharma explained.

"We tend to discount the future more than we should and, therefore, place higher value on current consumption," said Sharma.