Art in any form should not be suppressed: Sonakshi Sinha

After Padma Shri winning singer-composer #Kailash_Kher voiced his disagreement on #Sonakshi_Sinha's performing at pop star Justin Bieber's maiden concert in India, the actress says that "secure artistes would always encourage others to grow their skills". 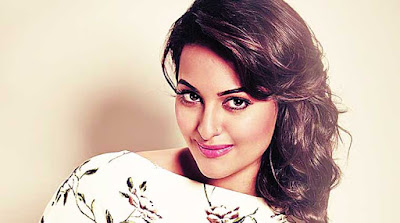 Sonakshi will perform as one of the opening acts at the highly anticipated gig, which will be held at the DY Patil Stadium in Mumbai on May 10. Kher had told in an interview that getting the "Dabangg" actress on board to perform at Bieber's maiden concert in the country over any other acclaimed Indian singer is not a good sign, and sends a wrong message internationally.

Malik, who has crooned songs like "Sab tera", "Wajah tum ho" and "Sau aasmaan", took to Twitter on Monday to write: "Agree with Kailash Kher sir! Actors are actors and singers are singers. Leave the stage and mic to us, that's our playground not yours."
To which Sonakshi replied: "A secure artist would always encourage another artist to grow their skills and follow their dreams. Art in any form should not be suppressed."

Malik agreed with Sonakshi and added that he voiced what he felt "about how singers are shunned in our country and given lesser importance than actors."

In another tweet to Malik, the 29-year-old actress posted: "And this is definitely not the same tune you were singing when you wanted me to sing for you."

To which he wrote: "You are mistaking me for Amaal Mallik he is the composer".
Celebrity