A Rs. 75,000 ticket of singer #JustinBiebers concert in India as part of his #Purpose_World_Tour has been given free to a Mumbai-based auto-rickshaw drivers son, who is a fan of the American pop star. 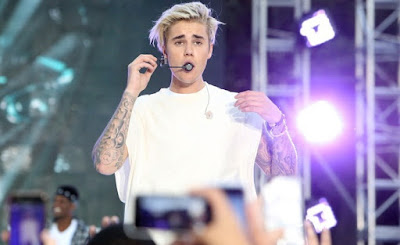 The auto-rickshaw driver, 50, has a 22-year-old son, who has been following Bieber's music for a while. He had dropped messages on the official page of the tour talking about his love for Bieber's music while hoping to receive a reply.

His wish has been fulfilled by the organisers -- White Fox India.

"Yes it's true, we have given the golden ticket to an ardent fan of Justin Bieber who didn't have the means to afford the tickets," Arjun Jain, the man behind the tour, said in a statement.
"Bieber has always believed in charity and we wanted to ensure there is greater meaning to the Purpose Tour and we can extend our support to the causes Bieber publicly supports. We are also looking at partnering with NGOs to donate certain proceeds of the concert to a noble cause," Jain added.

The organisers might even arrange a special meet and greet for the fan with Bieber backstage.

Bieber will perform at the DY Patil Stadium here on May 10.
Entertainment , Fashion & Lifestyle