Actor-filmmaker #BenAffleck is moving on from his separation from actress #JenniferGarner, and is "dating someone else". 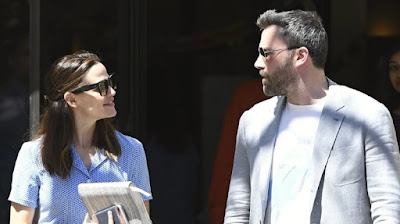 Affleck and Garner have officially filed for divorce, almost two years after they announced their separation in 2015.

According to sources, there's no animosity between Affleck and Garner, reports tmz.com.

"Affleck is dating someone, though not seriously," said a source.

Another source said that Affleck is "ready to move on".

The "Batman Begins" actor has moved out of their family home here.
According to tmz.com, the former couple had no pre-nuptial so will now embark on the process of working out the financial details.

It is being reported that their divorce could take over six months due to the amount of property they share.
Celebrity