Singer #Emma_Bunton might finally get married to her long-term partner #Jade_Jones. 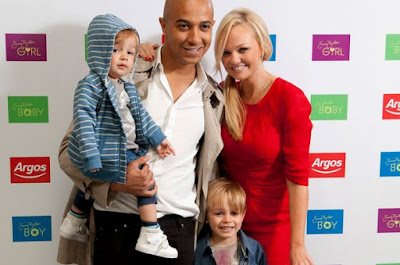 The 41-year-old singer has revealed she's discussed the possibility of nuptials to cement their relationship, reports mirror.co.uk.

Speaking to The Sun's Fabulous magazine, she said: "It would be nice, wouldn't it? Part of me really wants to organise something. I should get round to it. He already calls me his wife and I call him my husband.

"There aren't any plans for a wedding, but we do talk about it. I think because both of us are Aquarius we try and live for the moment, so don't plan things too far ahead.
"I'm so lucky to have found him. He has been a real support and is so positive, as sometimes I get nervous or worry about things. He's a good man to have around."

She also revealed the reason why her relationship has been so successful, to date.

"Jade is incredible. We get on so well and we're great friends. I think respecting each other is a big factor, along with making each other laugh. We also take time out to have dates – although not as often as we would like to."

Bunton has been in a relationship with Jones since 1998.

They got engaged in January 2011.
Celebrity