She made her debut in Bollywood in 1994 with "Aag" and later contributed to films like "Duplicate", "Hum Saath Saath Hain", "Sarfarosh" and "Kal Ho Naa Ho". Actress #SonaliBendre, who has been in the industry for over two decades, says filmmakers are now choosing stronger content over tried-and-tested formulae. 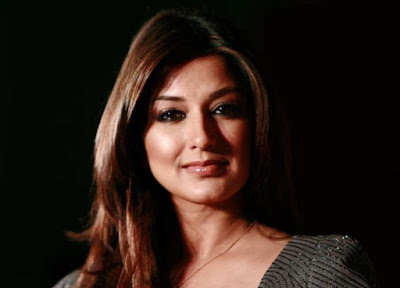 Asked how the industry has changed over the years, Sonali told in an e-mail: "Things are much more professional now and much more streamlined... There are better roles being written for women and people are now open to pushing strong content instead of only tried-and-tested formulas."

The 42-year-old actress, who has also appeared in Telugu, Tamil, Marathi and Kannada films, says that the Indian film industry isn't age-centric any more as things are evolving.

"Things are changing, slowly and steadily... It's a great time for Indian cinema," said Sonali, who is married to filmmaker Goldie Behl.
Asked if earlier actresses were mostly taken in films to add to the glamour quotient in films, she said: "To a great extent yes -- at that time it was all about the star's popularity and fan following. Today it's about which actor or actress can pull off a particular role and get into a certain character."

Sonali says the industry is re-visiting the golden era of cinema.

"There used to be the black-and-white era, where strong roles were written for women and I think we are now revisiting that golden era of cinema," added the actress, who welcomed late pop legend Michael Jackson on his arrival in India in a traditional Maharashtrian nauvari sari in 1996.

Sonali has started a book club on social media and she says she did so to encourage the habit of reading.

Talking about her book club, she said: "I used to be a voracious reader and then I never found the time. In today's age, everything is digital. We are constantly on our phones or in front of the television; so we no longer take the time to just sit with ourselves... I started this club to encourage the habit of reading."

The "Diljale" actress has also penned a parenting book titled "The Modern Gurukul: My Experiments with Parenting". Apart from her, several Bollywood personalities like Rishi Kapoor, Twinkle Khanna and Shilpa Shetty, among others, have tried their hands at writing.

Does she see actors turning into authors as a trend?

"I think a lot of people have interesting stories to tell; so it's really wonderful that everyone is penning their stories and experiences," Sonali said.

Sonali was last seen on the silver screen in 2013 in a special appearance in "Once Upon A Time in Mumbai Dobaara!". She was later seen on the small screen in shows like "India's Got Talent", "India's Best Dramebaaz" and Ajeeb Daastaan Hai Ye".

What's keeping her away from the big screen?

"I was busy bringing up my son and looking after our home, and now that I have the time, I'm open to exploring roles if the content is great and the character is interesting. Hadn't really thought of it until now -- but am open to the idea of getting back on the big screen," she said.
Celebrity