#Freddy_Daruwala, who is making his Telugu debut with #Ravi_Teja starrer #Touch_Chesi_Chudu, says he has always been a huge fan of southern cinema for its overall "paisa vasool" entertainment factor. 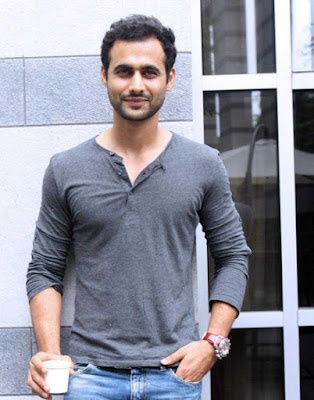 Thrilled about his southern sojourn, he said he can't wait to begin work on Vikram Siri's "Touch Chesi Chudu".

"I couldn't be happier about my southern debut. I'm a huge fan of southern cinema because their films are what we can call paisa vasool entertainers. Be it action or drama or colourful songs, you have everything in southern cinema," Freddy, last seen in "Commando 2", told.

Talking about how he landed the project, he said: "Director Vikram saw my work in 'Holiday - A Soldier is Never off Duty' and felt I would be apt for the character. When he narrated the story, I really liked my character which has various shades."

Elaborating more on his character, Freddy said it's a role that is driven by power.

"It's not just about physical power. There is political power too. You might find my role predictable, but I will essay it differently and make it stand out. I join sets in May," said Freddy, who has watched the Hindi dubbed versions of many Telugu films.
He admires Ravi Teja's work.

"I have watched his films in Hindi. He has amazing screen presence and is a great entertainer too. I am looking forward to working with him," he added.
Celebrity , Entertainment