I have broken all norms, plan to break more: Gauhar

Bollywood actress and Big Boss winner #GauharKhan on Thursday said she was advised not to do a lot of things but she has "broken all the norms and plans to break even more". 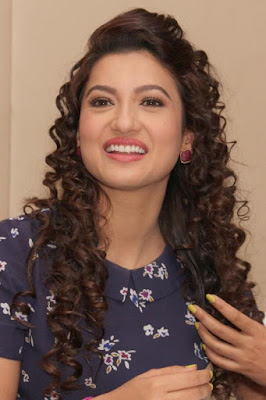 "People told me not to do Big Boss, I did it and won the show. Then I was told that if in my first film I am not opposite Ranbir Kapoor I should not do the film, I did that and my character was the most remembered female character.

"Then people told me that if I do only songs I will be tagged as an item girl but I have broken all the norms... I plan to break still more," said Gauhar, who was speaking at a press conference on the success of her film "Begum Jaan" on Thursday.

Gauhar Khan's "Begum Jaan", which is a period drama film, written and directed by National Award-winning director Srijit Mukherji, was released on April 14 and got a good response from the audience.

The movie stars Vidya Balan in the lead role.

"I am a very big fan of Vidya Balan and I got a compliment that even in her presence, my role was distinct, I feel very humbled," Gauhar said.
Gauhar khan is well-known for her films like "Ishaqzaade", "Rocket Singh" and "Fever".

She was also the winner of "Big Boss Season 7", a reality show on Colors TV.
Celebrity , Entertainment