Actress #KanganaRanaut says that she personally loves azaan and respect all the religious activities and places. 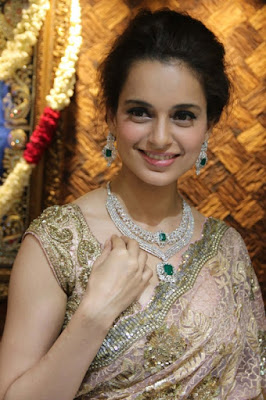 The actress, who seemed to be unaware about the Sonu Nigam-azaan controversy, was asked to comment on it and replied: "I can't speak for anyone but I personally love azaan. When I was shooting for 'Tanu Weds Manu' in Lucknow, I used to love the sound of it.

"I like all the religious activities and I go to every religious places be it mosque, temple, gurudwara or in church. But this is my personal opinion. But It doesn't mean that what he (Sonu Nigam) has said should not be considered. That's his opinion and he should be respected for that.

"I think that's the idea of bringing it to social media so that it can be discussed," added the actress while speaking during a press conference held for Liva excellence awards 2017 in Mumbai on Friday.

The National Award winning actress' future projects include the period drama "Manikarnika: The Queen of Jhansi"

Talking about the role's preparation, she said: "I am learning sword fighting and horse riding for the film. As of now, all things are going well. We will start shooting of the film in first week of June and we are announcing the project in first week of May in a big way."
"Manikarnika - The Queen of Jhasi" is directed by Radha Krishna Jagarlamudi who has directed several Telugu films such as "Vedam" and "Gautamiputra Satakarni".

The film has been written by K V Vijayendra Prasad writer of Baahubali.A

Kangana will also be seen in Hansal Mehta's "Simran" which is scheduled to release later this year.
Celebrity