IIFA returns to US: New York to host its 18th edition

The organisers of the International Indian Film Academy #IIFA Weekend and Awards are readying a "big blockbuster" for the gala's 18th edition to be hosted in New York this July. 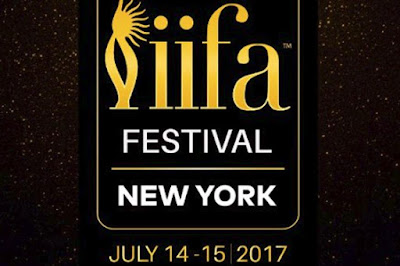 This is the first time that the event will be held in New York -- described as the city that never sleeps. But the IIFA magic was first brought to Tampa Bay in the US in 2014, when stars like John Travolta and Kevin Spacey were in attendance.

The event -- the biggest Bollywood celebration internationally -- will be held on July 14-15 at the iconic MetLife Stadium, known for hosting National Football League games, major concerts and other entertainment events.

On the first day will be the IIFA Weekend press conference and IIFA Rocks, followed by the glitzy IIFA Awards on day two -- and they are hoping to sell as many as 40,000 tickets for the event.
Andre Timmins, Director, Wizcraft International, which produces and organises the annual jamboree, told over phone from Mumbai: "It has been a big decision to take IIFA to New York. We have been working towards this for the last six months. It is extremely exciting from IIFA's perspective, because after 18 years, we now want to change the game.

"We are looking at this as a big blockbuster movie we are putting out in America."

The bidders for 2017's show included Lisbon, Paris, Switzerland and several places in the Far East.

But "New York is New York", Timmins said, adding that it brings them a notch closer to lend it "maturity and largeness of entertainment".

They have the support of the American consulate, the Governor, the Mayor of New York.

"Ultimately, we are bringing business to the country and facilitating cultural exchange. Everybody has been supportive... I would be more than happy if Trump (US President Donald Trump wants to come and address our IIFA Awards and touch about 40,000 Asians," Timmins said.

So is Trump invited?

"It is a wish," he said, adding that he would even love to have Prime Minister Narendra Modi on stage.

For now, the organisers are confident the mecca for entertainment, business, fashion and culture is a perfect fit for the excitement and entertainment that will be brought there by a star studded contingent travelling for the events. They even want "key" southern film stars like Rajinikanth, Nagarjuna, Kamal Haasan, Allu Arjun and Jr NTR to attend the show too.

New York's Mayor Bill de Blasio said in a statement: "We are thrilled to welcome IIFA to New York. Our city is home to both a thriving film industry and a dynamic, growing Indian American community. This is an event that will contribute enormously to both the cultural and economic life of our city.

"We welcome the artists and fans of Indian cinema, and encourage everyone to experience the rich cultural life across the five boroughs while celebrating these ground-breaking films."

Since debuting in London in 2000, the IIFA event has been annually showcasing the prowess of the multi-million dollar Hindi film industry, promoting the country and its talent at foreign destination year after year.