Actress #JacquelineFernandez played the damsel in distress in the 2016 superhero film "A Flying Jatt". Now, she wants to take a step forward and be a superhero herself. She wants to gain powers of #CaptainPlanet to make the environment "safer, greener and cleaner". 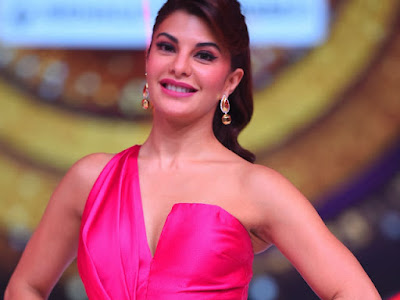 "If I could be a superhero, I would love to be Captain Planet. He is one superhero I have grown up watching and always loved the fact that with everything he did, he was making the environment safer, greener and a cleaner space," Jacqueline told in an interview.

If not the superhero, she is now a "green warrior".

RAW Pressery, a cold pressed juice brand, announced Jacqueline as an investor aka 'Green Warrior' on Monday. She has invested a sum of Rs 3.5 crore in the brand.

"In a world flooded with highly processed and unhealthy junk, RAW Pressery is the light at the end of the tunnel. It's where healthy meets tasty and also gets you sexy. What the brand does is help us feel healthier, happier and closer to nature while sipping on juice that's all fruit," she said.
"I'm partnering for change as the 'Green Warrior'. And also, hope to add more green ninjas to my team to make the world a cleaner, greener, leaner and of course a happier place," she added.

Her role as a 'Green Warrior' gives her an opportunity to impact people's well-being.

"Me and my green ninjas wish to use our influence to change the lives for all those around us. We wish to fight for having the good stuff in and the bad stuff out. Making the world healthier one juice at a time," she said.

Is that all she does for her svelte figure?

"I do a lot of exercises. By exercise I mean, I indulge in a lot of activities through the day that keep me fit. It's either pilates or yoga or even cardio that covers most my workout routine," said the "Dishoom" actress.

Many go green with envy on seeing her figure, but she does have some favourites within the film industry.

Asked who has an hourglass figure in Bollywood, the Sri Lankan beauty said: "I think Deepika Padukone and Katrina Kaif have the best bodies in the industry today."

Any sinful food habit she has that she wants to get rid of?

"I have always been a conscious eater and don't really indulge in anything that needs to get out of my diet," she said.

"'Drive' has been going great so far, I think the combination of Tarun (Mansukhani), Sushant (Singh Rajput) and me is working out pretty well. With regards to 'Judwaa 2', everyone knows how Varun (Dhawan) is," she signed off.
Celebrity , Entertainment