American singer Katy Perry became a victim of online trolls when she posted an image of Indian Goddess Kali on social media to depict her "current mood". 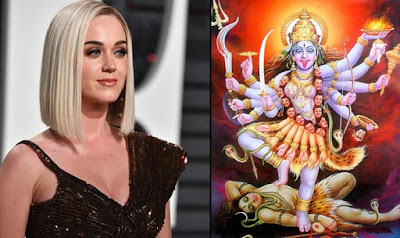 Perry shared the image on Instagram on Tuesday night and captioned it: "Current mood."

While her fans in India got excited about her sharing the photograph, there were some who got offended by Perry's caption.

"What's this? This is our God. How could you compare your mood with this," one fan wrote.

Another one wrote: "She doesn't even know the story behind this picture, shame on Indians who are supporting this disgust Katy Perry did."
"F**k you Perry why are you insulting my religion," another user wrote.

Perry's Instagram post comes a few months after singer Miley Cyrus performed a "Lakshmi puja" at her home in Malibu.

This is not the first time that Perry has shown interest in India or an Indian god.

In 2010, Perry married actor Russel Brand and chose Rajasthan as the destination for her wedding. They parted ways in 2012.
Celebrity