Little actions can save substantial amount of water: Farhan

Actor-filmmaker #FarhanAkhtar, who has joined a social campaign to create awareness among the masses to save water on the eve of #WorldEarthDay, says that from taking a shower to washing clothes, people can save water for the future. 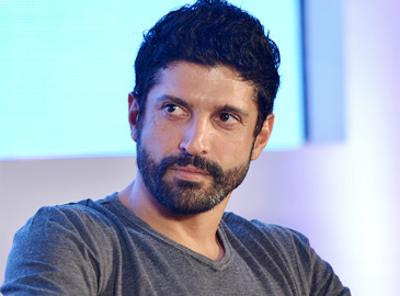 The campaign titled ‘Mission Blue' is by National Geographic in association with NGO Water Aid Foundation.

Being the face of the initiative, Farhan told here on Friday: "We aim to create general awareness and empower people about water conservation. Though it sounds like a mission, little actions in our daily life can save a substantial amount of water for the future."

"For instance, instead of washing your car four days a week, how about doing it twice (a week)? Instead of washing clothes every day, we can do it every alternate day. These are the small things, but end of the week you will realise how much water you have saved."
"They have a website called missionblue.in where we have shown how many litres of water that we use while taking shower, brushing teeth and other basic things in daily life and that how much we can contribute to conserve water. It is very simple yet useful."

The actor was present here for the launch of the campaign on Friday.

Speaking on the campaign, Swati Mohan, Business Head India, National Geographic and FOX Networks Group, said: "Today, the water crisis around the world calls for much attention. In India alone, 76 million people lack access to safe water - a problem that is only going to get worse if no immediate action is taken. We are hopeful that this initiative will help enlighten people on what can be achieved by collective action."

Apart from Farhan's association, the campaign has taken a creative way to reach out to a wider audience by showing short films.