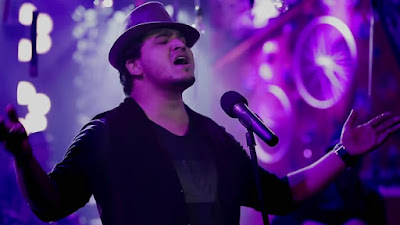 About his favourite genre of music, Dev, whose new single was released on Wednesday, told that "so far I sang various genres in Bollywood, whether it is dance number, R&B, party song but I love singing romantic songs."

In fact according to him, among all the Khans, when it comes to romantic songs, he found Shah Rukh Khan quite magical. "I wish my song is picturised on Shah Rukh Khan as he is one of my favourite actors. There is something magical in him that makes all romantic song charming when he sings it on screen. It would be a great combination if my song is picturised on Shah Rukh."
The new single "Tujme Hi Mera Jahaan", a love song written by B.K. Samant and composed by Aslam Keyi, was released by Times Music and the video is exclusively available on Dekho mobile application.

As the song is releasing on Dekho, Dev said: "Digital medium helps us to reach out to larger audience and there is no doubt about that. However, association with Dekho is great. As a singer I sang the song and producer took the call to promote the song on a right platform."

Considering the fact that the use of music in film is changing and lip-syncing is going out of fashion, Dev agreed, referring to his song "Ho Gaya Hai Pyaar Tumse" from "Tanu Weds Manu Returns".

"Yes, the use of songs and music in film is changing. It is interesting how at times songs use as a background score to carry forward the narrative. Earlier film songs were all about lip-syncing. But I do not think it will go away, it is a part of our cinema," said the singer who has worked with various new age music directors like Tanishk Bagchi, Vivek Kar, Meet Bros. Anjjan, Krsna Solo, Chirantan Bhatt among others.

About his experience, he said: "So far whomsoever I have worked with I learnt something or the other. Every music director has his own style and as a singer I try to learn from it. For instance, when I sang for music director Chirantan Bhatt, his composition is quite Indie that I learnt. I want to work with Pritamda now."
Celebrity , Entertainment