No one sings about Jesus, says Palash Sen

Singer #PalashSen, who has launched a rock song on #JesusChrist, says that no one sings about him and that the reasons could be communal, commercial or political. 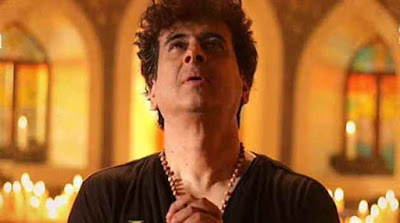 While people celebrated the Easter Sunday on April 16, Sen unveiled the song "Jesus, the Lord has risen".

"No one sings about a man like Jesus... the reasons could be communal, commercial or political. I have always believed music and poetic expressions are way above all this," he said.

"The music and the film industries have regularly ignored the Christ and I have always wondered why. Lately, all one hears in the name of faith... are so-called Sufi songs," added the frontman of band Euphoria.
Speaking on the current scenario of the music industry and singers, Sen said: "The successful singers in the industry are happy to sing songs made by others... be at the back and call of the producers and directors who treat them like crap."

"The singers wait for that one hit song that will give them tonnes of money. And the wait goes on. No one spends his or her money doing the music he or she likes. It's unfortunate," he added.

The new song is written, composed and produced by Sen.

Explaining the reason behind it, he said: "Rock might not be the music of choice and English might not be the preferred language for the film or the music industry of India, nor is Jesus Christ the commercially viable subject of a song. Well then, that's what Euphoria is exactly going to do," he said.

"The reason to sing a song about Jesus is just one --- we felt like," he added.
Celebrity , Entertainment