Not easy to read things being written about dad: Sid Mallya

Aspiring actor #SiddarthMallya "Sid" says it is not easy to read all the things written about his father and liquor baron #VijayMallya. 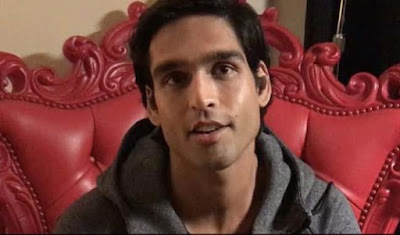 Mallya senior is wanted in India for defaulting on over Rs 8,000 crore in bank loans. He was arrested in London on Tuesday, and got bail within hours.

Sid took to Instagram to post a video, thanking his followers and well-wishers for standing by him.

In the video, Sid said: "I just wanted to take a quick moment to say the biggest thank you ever to so many of you for sending me amazing messages, support and positivity during this current situation."
After the arrest, the Indian government also said that the Vijay Mallya case has come under the British judicial process and Indian agencies are making their best effort to have him face trial in India.

Talking about the whole issue, Sid said: "I will be honest with you. It is not easy for any son to read some of the things being written about one's own dad. And it is not one of the pleasant things in the world to read some of the comments that some people leave on this (social media platform)."

He added that the love and support gives him strength to overcome all the odds.

"But knowing that there are so many people out there to send me so much love and support. It means a lot... Times are gloomy right now but my life is filled with light and that is thanks to all the positivity that you guys send."
Celebrity , Fashion & Lifestyle