Retailer Jimmy Choo puts itself up for sale

Luxury shoe and bag retailer #Jimmy_Choo, with market value of over 700 million pounds (Rs 5,800 crore), has put itself up for sale. 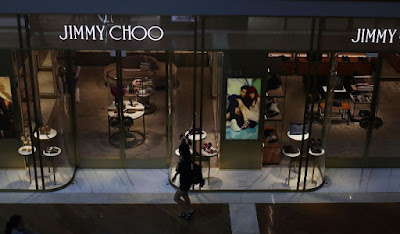 The retailer said it had "decided to conduct a review of the various strategic options open to the company to maximise value for its shareholders" and that it was seeking offers for the business, reports theguardian.com.

The move was backed by the company's independent directors and JAB Luxury, its majority shareholder with a stake of 68 per cent.

Shares in Jimmy Choo jumped 10 per cent to a record high of 186.25 pence on the news, valuing the group at more than 720 million pounds. The company floated on the stock market in 2014 at a price of 140 pence a share, valuing it at about 550 million pounds.
Any sale is expected to attract interest from strategic American buyers as well as Middle Eastern, Chinese and Russian bidders.

The company was founded in London in 1996 by the Malaysian fashion designer Jimmy Choo and the then Vogue accessories editor Tamara Mellon. It runs 150 stores around the world including India, opening 10 last year as well as refitting 16 shops.

Men's shoes remain its fastest-growing category and account for nine per cent of revenue.

The company has benefited from the drop in Sterling since the EU referendum and is expanding in China. It has fared better than other luxury retailers such as Burberry, which were hit by Chinese tourists cutting back on luxury purchases.

JAB, an investment company owned by Germany's billionaire Reimann family, wants to sell its stake in the shoes group to focus on food and other consumer goods, theguardian.com said.

The family, one of Europe's wealthiest business dynasties, has been building an empire of coffee brands and last year added Krispy Kreme Doughnuts to its portfolio. It also owns the US cosmetics brand Coty. Luxury investments make up less than 10 per cent of JAB's portfolio, and it plans to use the sale proceeds to take on the likes of Nestlé.
Fashion & Lifestyle