Veteran actor #Rishi_Kapoor and singer #Abhijeet_Bhattacharya have reacted strongly to Pakistan's decision to award death sentence to alleged Indian spy #Kulbhushan_Jadhav. Randeep Hooda has slammed it by saying it is reminiscent of Sarabjit Singh's plight. 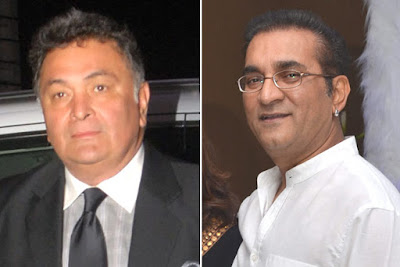 "Sorry, India tried to broker peace via actors, films, sports etc with Pakistan but they just want hatred, so be it! Taali do haath se bajti hai," Rishi tweeted late on Monday.

Singer Abhijeet, known for stirring up controversies with his remarks, commented on Twitter: "Hang every Pakistani in India by a tree at sight."

He went on to request that Jadhav be saved from death sentence.

A Pakistan Army statement on Monday said Jadhav was arrested from Balochistan in March 2016 and charged with espionage and waging war against Pakistan. A military court sentenced him to death for spying, which the Indian government said was a "premeditated murder."
India said Jadhav, a former Indian navy official, was kidnapped from Iran.

Randeep, who had played the role of Sarabjit Singh -- an Indian farmer who was convicted for terrorism and spying in Pakistan and was sentenced to death -- in a biopic, also condemned Jadhav's death sentence.

"No trial, no evidence, only a closed military court proceeding??? It reeks of lies... Pakistan is making another Sarbjit.

"My heart goes out to him... The unimaginable torture to confess and total human rights violation that happen in Pakistan. I have immense faith in the strong leadership of our country... May be we should break him out," Randeep tweeted while tagging Prime Minister Narendra Modi and External Affairs Minister Sushma Swaraj.
Celebrity