Rowland may have another breast job

Singer #Kelly_Rowland is planning to get another breast job in the future. 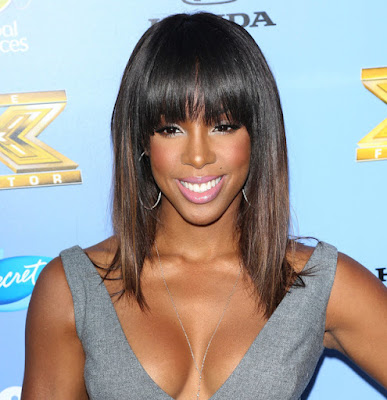 The former Destiny's Child member has launched her parenting book titled "Whoa, Baby!", in which she opened up about her experiences as a first-time mother and much more, reports aceshowbiz.com.

She revealed that when breastfeeding her son Titan Jewell, she felt that her breast shape underwent a transformation.

"All that gnawing at your nipples will take its toll," she wrote in the book.

"In those early days, I was fascinated (my polite way of saying ‘horrified') by the transformation of the b***s."

"My nipples were huge - we are talking the size of Frisbees - and sometimes I could see these veins bulging out while I was nursing," she continued.

"My b***s themselves were so long and stretchy that I sometimes felt like I could've swung them over my shoulders."
She also admitted that she had a breast job before she became a mother and says she is open to have another one after she has a second child.

"I can't speak for everyone, but I know I'm going to see someone (wink, wink) after I have my second kid. In the meantime, I just tried to enjoy my ability to feed my baby!"