In addition to benefitting your heart and muscles, a #regular_walk also contributes to keeping your brain healthy, new research suggests. 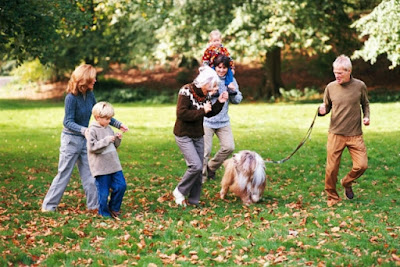 The foot's impact during walking sends pressure waves through the arteries that significantly modify and can increase the supply of blood to the brain, according to the study presented at the American Physiological Society (APS) annual meeting at Experimental Biology 2017 in Chicago.

In the study, the researchers from New Mexico Highlands University used non-invasive ultrasound to measure hemispheric cerebral blood flow or CBF to both sides of the brain of 12 healthy young adults during standing upright, rest and steady walking (one metre/second).
The researchers found that though there is lighter foot impact associated with walking compared with running, walking still produces large pressure waves in the body that significantly increase blood flow to the brain.

While the effects of walking on CBF were less dramatic than those caused by running, they were greater than the effects seen during cycling, which involves no foot impact at all.

"There is a continuum of hemodynamic effects on human brain blood flow within pedalling, walking and running. Speculatively, these activities may optimise brain perfusion, function, and overall sense of wellbeing during exercise," the researchers said.

In a separate study published last year in the journal Open Science, a team of researchers from Australia and South Africa showed that the evolution of human intelligence was not simply related to the size of the brain -- but rather linked more closely to the supply of blood to the brain.

To allow our brain to be intelligent, it must be constantly fed oxygen and nutrients from the blood, the researchers said.
Fashion & Lifestyle