Actress, singer and model #Daliah_Lavi, best known for her roles in films like #CasinoRoyale and #TheSilencers, is dead. She was 74. 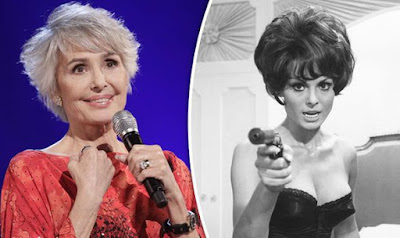 Lavi passed away on Wednesday at her home in Asheville, North Carolina, her family announced, reports hollywoodreporter.com.

The reason behind her death is yet to be revealed.

Her other works include "The Spy With a Cold Nose", "Some Girls Do", "Two Weeks in Another Town", "The Return of Dr. Mabuse", "The Demon" and "The Whip and the Body".

In the early 1970s, Lavi turned to singing and performed "Oh, wann kommst du?" ("When are you coming?") and "Willst du mit mihr geh'n?" (Do you want to go with me?"), which became big pop hits in Germany.
Fluent in five languages, Lavi lived in Asheville with her husband, Charles, since 1992.

She is survived by her children Kathy, Rouben, Alexander and Stephen; grandchildren Sophie, Ben, Emma and Hannah and Levi; and sister Michal.

Her funeral and burial will take place in Israel, the family said.
Celebrity