Pop star #Ed_Sheeran is back from a hiatus feeling "totally refreshed and rejuvenated". 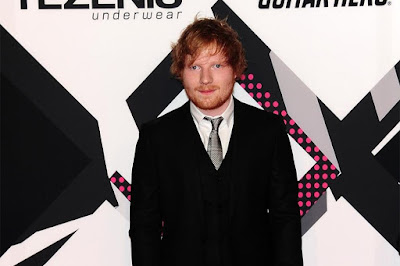 At the end of 2015, he shut off his social accounts, got rid of his phone, and headed to far-off places.

"I travelled to places that I'd been to on tour but never really got a chance to see, like Japan, as well as places that I'd never been but always wanted to, like Ghana," he told ew.com.

"It was incredible. I felt totally refreshed and rejuvenated."

He says the benefit was for both him and his fans.

"I came back even more driven than the last album, (which) I pretty much went straight into from my first without any break," he said.
"And I also think it was good for my fans. They needed a break from me and I think going away made them even more excited when I did finally come back with new music."

His new song "Shape of you" has ruled the Billboard Hot 100 since it dropped early this year. Sheeran's massive global tour has been met with such demand that extra shows are being added.

"Production is definitely bigger this time around," the 26-year-old said, previewing the run which hits North America on June 29.

"I'd like to think that it's sounding better too. I have a new loop station that can handle a bit more. But ultimately, it's still just me, my guitar, and the looper. I don't see that changing anytime soon."
Celebrity , ed sheeran , Entertainment