News Helpline, one of the biggest Bollywood news agency is coming up with a ‘Good Luck’ plan which could be a boon for Bollywood portals in terms of getting the content which is Fast, Breaking and Rumor-proof ‘Pure Bollywood News’. 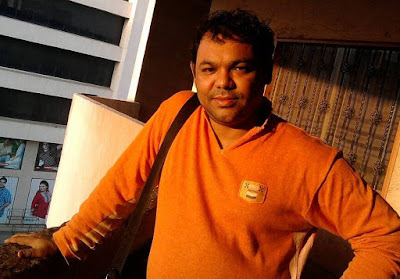 Content has always remained King and especially if the content is in News form, one has to be very fast, alert and unbiased to deliver the pure news.  Procuring the right content with no delay factor and right costing is a big challenge faced by majority of upcoming as well as existing Bollywood websites. ‘News’ is one small word which loses its meaning and purpose if delayed. And to be in tune with ‘Time’, involves strong infrastructure, use of technology and skilled professionals which shoots up the cost of a news.
News Helpline, which claims to be the only Bollywood news agency in India is now coming up with a ‘Good Luck’ plan which, according their founder, Mr. Sanjay Tiwari, will eradicate the problem of content for the budding as well as established Bollywood portals. His vast experience and expertise have made him zero down to the root cause of many Bollywood portals which has shut down in recent past.

“ Today in this competitive scenario in every field a Bollywood portal has to equip or rather armed itself with all types of arms and ammunition (content). Some content  like Twitter and Instagram updates are available free on the net, but for Bollywood stories and articles, Photos and videos of daily events, etc. they need to have equipment along with cameramen, reporters, writers and editors. This becomes too costly in the initial stage or till the time they do not achieve a break-even. But with our ‘Good Luck’ plan all their content requirements are being taken care of and the commercial involved is as good as free which they could easily generate from their Google Adsense accounts and digital platforms. So now they can work with a free mind where  new ideas and concepts can flourish and readers could get an enriched content.” Said Sanjay, the founder of News Helpline.

Speaking on the authenticity and vulnerability of Bollywood news, Sanjay further said, “News agencies cannot afford to be late. And we as our tag line goes ‘try to deliver News before they become rumors’. Bollywood is the most vulnerable and soft target of the news industry where a small speculation with a prefix of ‘through source’ can fetch you great number of eyeballs and some quick money. Aamir Khan’s intolerance remark or Sonu Nigam’s Azaaan controversies are few examples which first became viral and then a matter of national debate. Hence, I feel that the ‘Onus’ of true journalism lies on the News agencies.”

After execution of the ‘Good Luck’ plan in a desired way the company is planning to expand its wings to other areas of News industry like Politics, crime, sports and local news from each and every corner of our country. The company is already in talks with a few investors and looking for a perfect partner as the quality of the work should not be compromised.

“We have our interface ready. Very soon we will be loosing our identity as the only Bollywood news agency because now we will be entering into the world of politics, crime and other areas of news. The groundwork is in full swing not just to procure news from each and every corner of our country but also deliver it to every Indian. With smart phones and Digital India movement nothing seems to be impossible. To scale up and give our best, we are looking out for like minded people and investors who can understand the potential of this industry and also is ready to do something for this country.” said Mr Tiwari.

There were many Bollywood startups in recent past which came with a bang and heavy funding but fizzled out soon. And as per some statistics, there are still many such Bollywood portals which are on the verge of closing.

News Helpline’s ‘Good Luck’ plan could prove to be a ray of hope for all kind of Bollywood websites and startups.
Fashion & Lifestyle