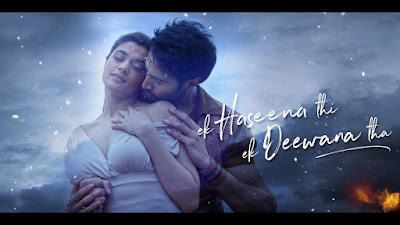 Composer Nadeem of Nadeem-Shravan fame has composed the music for the romantic mystery movie, which has Yaseer and the celebrated singer Palak Muchhal as its voice.

Darshan said in a statement: "Nadeem's genre of music demanded a fresh voice for the film. His earlier era of work was predominant with Kumar Sanu and so his melodies in 'Ek Haseena Thi...' needed a voice that would convey the nostalgia and pain that the character has to portray."
"During the audition process, I coincidentally ran into Yaseer's voice which I found to be really fascinating. Since the movie features a young cast, Nadeem and I were looking for a fresh voice. Every audition we did with him would draw me deeper into his voice making me believe that Yaseer is the voice of the film.

Talking about Palak, known for "Prem ratan dhan payo" and "Jumme ki raat", Darshan said: "She is a celebrated singer with so many awards to her credit. My relationship with Palak goes beyond that of a filmmaker and a singer. She is like my daughter.

"It goes back to years ago when she first came to Mumbai, when she was popular with her stage shows. Her dedication and focus is very tremendous and sharp. It's an exclusive album for her also because she has crooned songs of different moods, emotions and genres. She is the female voice of the film."