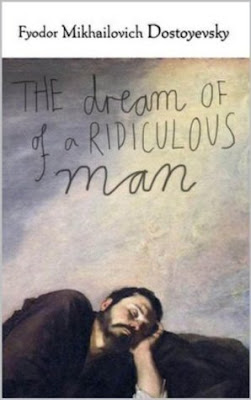 Sharad Raj, who was earlier associated with the television industry and has made two short films, is making his directorial debut with the indie drama titled "Ek Betuke Aadmi Ki Afrah Raatein".

About merging the worlds of Dostoevsky and Premchand, Raj told: "Well, the two writers appear in two different parts. Hence, there was no attempt at immediate causal association.

"Both appealed to me thematically. Dostoevsky's stories form the larger umbrella of the film. Premchand's is a small episode. Actually, I was looking at deeper social connect for that part and got it from what I think is a rare Premchand story."

Overall, love is the essence of the film, for which Raj is raising Rs 26 lakh on creative crowdfunding platform Wishberry.

"The film is in the backdrop of my home state of Uttar Pradesh and largely set in Lucknow, my home town. The film deals with the alienation of modern man in the times of rising violence, consumerism and capitalism," Raj said in an email interview.
An alumnus of the Film Direction course at the Film and Television Institute of India (FTII) alumbus, he says adapting from literary works "seems to come naturally" to him.

"Right from my FTII Diploma film to my two short features, adaptation has come to my rescue. What I do is take the basic plot or the idea of the story and then reinterpret it according to my needs.

"I take the soul, you can say, if I identify with a story and then give it the body I want to. Also what interests me is the relationship a written text can have with an audio-visual text. Trying to grapple with it gives me the form for the film," he explained.

Raj hopes the movie gets some visibility at film fests, and eventually a release. For the moment, he knows he "cannot expect a producer belonging to a capital intensive system to put in money in a film like mine or any other film of the same ilk".

So, crowdfunding, he agrees, is "one way to assure creative autonomy".

As far as quality of content on the small screen world is concerned, he has one word: "Abysmal".

"Have you ever seen a really big chain, fine dining restaurant survive in a food court," he asked, pointing out how once in while a good show comes along, but the phase passes sooner than one knows.

He says Mumbai's survival pangs landed him into television.

"I got instant success as a creative director, got seduced by all the money and glamour, until I realised I have lost myself completely. And the introspection that followed, the answers to all my queries was to make a film."
Entertainment , Fashion & Lifestyle