Abhishek Ray is an acclaimed Bollywood singer-composer known for the music of award-winning & superhit films like Paan Singh Tomar, Welcome Back, Saheb Biwi aur Gangster, I am Kalam along with cult albums with the legendary poet Gulzar. 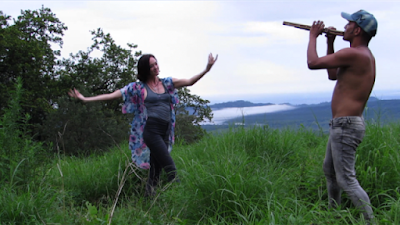 Very few know that this 2017 Mirchi Music Award winner uses his earnings to protect and defend the magnificent wildlife and environment of India. Whatever energy and time that he is left with after Bollywood music, is dedicated to the upkeep of his Sitabani wildlife reserve adjacent to the famous Jim Corbett National Park in the Himalayas which boasts of tiger, leopard, elephant, Himalayan black bear apart from 600 species of rare birds. Abhishek bought over an entire degraded hill and converted it back into evergreen dense forest by planting hundreds of endemic trees, rain water harvesting and making a perennial, water body for wild animals to drink.
Today, on World Environment Day, Abhishek comes up with his unique music video - #Bandagi (meaning worship). It is a deep song of reverence shot in the virgin Himalayan landscapes of Sitabani wildlife reserve. This video-song written, composed, sung & directed by Abhishek is shot with a lot of underwater cinematography focusing on the need to protect our rivers and streams.

Talking about the message in the song, he said, “Bandagi means worship. Today, everyone follows their individual religion but I feel that the worship of mother nature is real worship. I feel, if we keep following our religion and keep destroying nature, then we are heading towards the end of the world. This video is humble effort from my side to create awareness among people in a subtle manner for nature.

"I feel, we should leave river banks green and not construct on the river banks and people and governments should think and act on this front to get the favorable results.
Also forests are the greatest source of freshwater on the planet. So any short-term development at the cost of cutting down remaining forests is a recipe for disaster. "

In the video, Abhishek has been able to capture stunning images of  rare birds like Great Hornbills, Crimson Sunbirds, Woodpeckers, and Kingfishers alongside pristine mountain streams and mountain ranges.

In the video, Ray plays the rustic panpipes in the woods where a beautiful ballerina (Mother Nature) dances to his free flowing melodies. With herds of deer, rare birds and fish seamlessly woven into the fabric of this unique music video, it gently makes the viewer realise that man is not the only strand in this intricate web of life.