Big B in Malta for 'Thugs of Hindostan' shoot 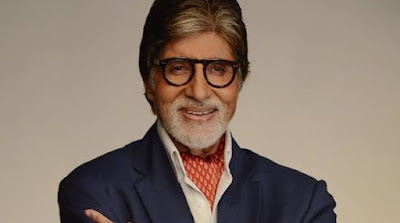 "In the early hours of Mumbai morning, stepping on to the vehicle of air transport for distant land, to begin the shooting of 'Thugs of Hindostan' in Malta," Bachchan posted on his blog.

The film went on the floors in Malta last month.

Explaining the travel route, he wrote: "Over the waters of the Arabian Sea and on to the sand coloured land of Doha, where we pick up some gasoline for the onward journey. And then on to Malta, flying over Saudi Arabia, over Cairo in Egypt, turning right on to the Mediterranean and driving in the skies straight to the island of Malta."
"I immediately find myself overdressed and uncomfortable, for the dress of the day is nothing beyond the knees," Big B added.

Being made on a lavish budget, the movie features high octane action to be shot on a ship.

An international crew has been working hard to create these elaborate ships.