Children exposed to #cancer_treatment such as chemotherapy are likely to have decreased cognitive flexibility and a weaker short-term memory, researchers say. 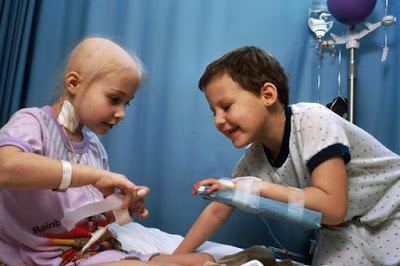 The results show that cognitive functions which are slow developing or mature during adolescence -- in particular short-term memory -- are very vulnerable to the chemotherapy treatment.

However, cognitive functions such as long-term memory and the ability to concentrate remain largely unaffected as they develop before the treatment.

"Tests that require quick switching between tasks or remembering new information for a short amount of time were clearly more difficult for former cancer patients. The developmental stage of the brain at the start of the cancer treatment probably plays a decisive role," Rudi D'Hooge, Professor at the University of Leuven in Belgium.

For the study, the team examined 31 young adults who underwent chemotherapy as a child, on average around the age of six and a half.
The survivors' performance was compared on a number of psychological tests with the results of a control group.

Further, analysing phosphorylated Tau (p-Tau) -- a protein which is part of the internal structure of our nerve cells -- the researchers found that high concentrations of p-Tau predict cognitive problems at a later age.

"If we systematically measure these p-Tau levels in the future, we can offer specific help to children with high values. With early coaching aimed at the most relevant functions we can prevent problems that would otherwise manifest 10 to 15 years after the treatment," Iris Elens, a psychiatrist at the University of Leuven.
Health & Fitness