Singer #Ed_Sheeran has announced details of an European stadium tour for 2018. 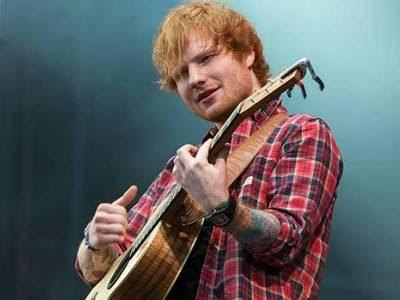 The "Castle on the hill" hitmaker will embark on a number of performances in Europe, beginning the run of shows at Cork's Pairc Ui Chaoimh in Ireland on May 4-5 and ending at the PGE Narodowy in Warsaw on August 11, read the singer's website.

After leaving Cork, Sheeran will travel to Belfast, Galway and Dublin, and then move across to shows in Manchester's Etihad Stadium, Hampden Park in Glasgow and Newcastle's St. James' Park, followed by two performances at London's Wembley Stadium, rounding off with a night at Cardiff's Principality Stadium on June 22.
From Wales, the "Shape of You" hitmaker has a string of shows planned in Europe, beginning in Amsterdam on June 28 next year.

He will then perform a number of gigs in Belgium, France, Sweden, Germany, Switzerland, with the tour coming to an end in Poland.

However, Sheeran has promised he will be playing more than the 25 shows that have been announced.

"That's not the end of the stadium tour, watch this space," Sheeran tweeted.

There will be no tour pre-sale, with all tickets going on general sale on July 8.
Celebrity , ed sheeran , Entertainment