Garner not ready to date after divorce

Actress #Jennifer_Garner is happy to settle into her new life as a single mother, say sources. 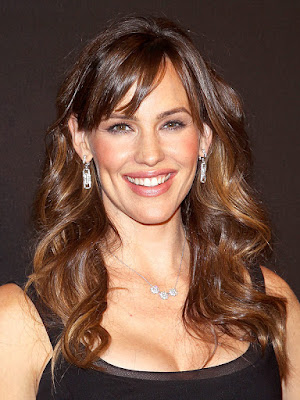 The actress, who filed for divorce from actor-filmmaker Ben Affleck in April, is "doing okay", a source told people.com.

"This has really been the most difficult decision for her. But it's time to focus on the future."

Garner and Affleck, who each asked for joint custody of their three children -- Violet, 11, Seraphina, 8, and Samuel, 5 -- continue to co-parent together, according to sources.

While Affleck lived in the guest house on the couple's Los Angeles property since he and Garner announced their split in June 2015 after 10 years of marriage, the actor has now moved to a nearby home to remain close to his family.

"They want to be sure the kids are comfortable," said a source close to both.

"It's all in step with what they've always said was the most important thing: their children."
Garner has three upcoming films -- "Wakefield", "The Tribes of Palos Verdes" and "Simon vs. the Homo Sapiens Agenda", and the actress hasn't begun to think about dating again just yet.

"She will eventually, but it will be a while before she does," says the insider.

"She's certainly not jumping up and down and screaming, ‘I'm single!' and planning dates. She still says Ben was the love of her life."

For now, Garner is content to be with her children.

"She seems happy to be single and able to move forward. She has a very positive attitude about the future," added the insider.
Celebrity , jennifer garner