Filmmaker #Karan_Johar, whose directorial "Ae Dil Hai Mushkil" is the front runner in the nomination pack of the 18th edition of the International Indian Film Academy (IIFA) Awards, will host the gala night in New York in July, it was announced here on Thursday. 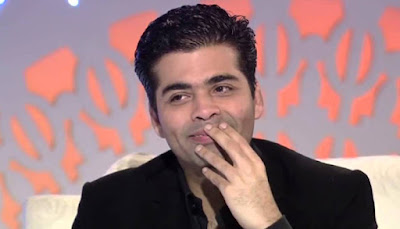 "Ae Dil Hai Mushkil" has a chance to win in eight categories, followed by "M.S. Dhoni: The Untold Story" which has been nominated across seven categories.

The IIFA Weekend and Awards, to be held July 13-15, will be a celebration of Indian film, music, fashion and dance.

To reveal some of the details about the upcoming gala, Bollywood stars Salman Khan, Katrina Kaif and Alia Bhatt addressed press conference here, and later got together for a live video Conference with five Cities globally -- New York, London, Dubai, Chicago and Houston.
For attendees of the IIFA Rocks 2017 show, a celebration of 25 years of Oscar winning talent A.R. Rahman has been organised. It will also feature a medley of musicians including Rahman, Diljit Dosanjh, Benny Dayal, Javed Ali, Neeti Mohan, Jonita Gandhi and Haricharan Seshadri.

The inimitable Riteish Deshmukh and Manish Paul will host IIFA Rocks, to be held a day before the main awards event.

The awards night, to be telecast live on Colors, has a star-studded line-up of performers. Apart from Salman, Katrina and Alia, audiences can look forward to Shahid Kapoor, Sushant Singh Rajput and Kriti Sanon among others on the stage at the Metlife Stadium.

Organisers Wizcraft International Entertainment have already started creating a buzz for the event in New York. A Bollywood flashmob had last week taken over a section of the Times Square. They have even announced a nationwide contest in the US, along with Bollyshake.com -- allowing interested candidates to submit their entries on the online platform and getting a chance to dance on the stage as part of one of the acts.

This is the second time that the IIFA extravaganza is taking place in the US. It was earlier held in Tampa Bay in 2014.
Celebrity , Entertainment , karan johar