Actor #Pankaj_Tripathi is happy to land the role of a policeman in Tamil film #Kaala which features his "idol" #Rajinikanth as a slum lord-turned-gangster. 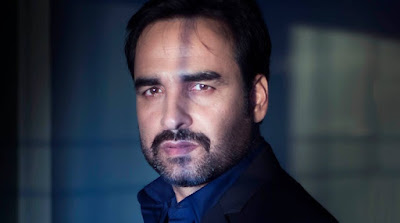 Being directed by Pa. Ranjith, the film is currently being shot in Mumbai.

Sharing his joy, Pankaj told over phone: "It's a big thing for me to be part of Rajini sir's film. I consider Rajinikanth as the most ideal person in the cinema industry because despite his super stardom, he stays real and humble. I relate to him very much.

"As an actor, you may need to adapt to make-up or a certain get-up, but in life, one should always remain simple. It's a thing to learn for our generation of actors."
Pankaj has not yet seen a complete Rajinikanth film -- just bits and pieces of "Robot" -- but he is a fan of the iconic actor's personality. That's why getting a chance to feature with him in a movie makes him feel fortunate.

"I play a policeman with shades of grey. Sometimes the audience will feel that he's a villain, but sometimes they might find him genuine. The biggest thing is I will get to act with a person who I consider an idol," added the actor, who has featured in films like "Gangs of Wasseypur", "Omkara", "Singham Returns", "Dabangg 2", "Fukrey", "Dilwale" and "Nil Battey Sannata".

His performance in "Gangs of Wasseypur" and "Nil Battey Sannata" helped him bag a role in "Kaala".

"First during the meeting, I said why to listen to the story when the film has Rajinikanth sir. But then it's part of the process, so I heard it. I felt it was a good and important character.

"Then I wondered who wanted to cast me. So, the assistant director who had come to narrate the script, said Pa. Ranjith, the director. I asked her which of my works had he seen? She said 'Gangs of Wasseypur' and 'Nil Battey Sannata'. I was convinced then that he had seen my work and must have given a thought to cast me in his film," said Pankaj.