Preparing for 'Rambo' will be exhausting, says Tiger Shroff

Actor #Tiger_Shroff, who has been roped in for the Hindi remake of Hollywood action film #Rambo, says that preparing for the film will be exhausting as expectations will be high from the film. 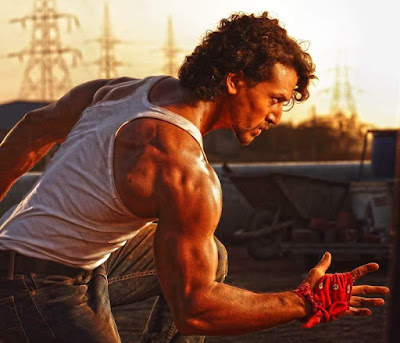 On Tuesday, Tiger Shroff, who attended the promotional event of upcoming Hollywood film "Spider-Man: Home coming", told media here: "As of now, there is no prep because I am promoting 'Munna Michael' then after that I will start 'Baaghi 2' and after that I have 'Student Of The Year 2'. So, 'Rambo' is still far away, but prep will be definitely exhausting mentally and physically because expectations will be high from the film.

"It is a cult action film and it was played by one of the greatest Hollywood legends so my effort is not to replace him but to give him tribute through my performance", Tiger added.

The actor, who has lent his voice to the character of Spider Man for the Hindi version of the film also revealed his wish to play Spider Man in a Hindi movie.
"I have two dreams --one is to play the Spider Man on screen and other one is to make my parents proud and now by giving my voice to the film, half of my dream came into reality.

"I had a childhood dream to play Spider Man so if any offer comes my way than I will definitely do it and I want to prove that I can also do the same things which Spider Man does. Apart from that, film's budget will also not affect much because I don't really use cables (for action)," said the "Baaghi" actor.

Tiger is also working with actress Disha Patani in "Baaghi 2". Talking about his equation with her, he said: "I will be more at ease while shooting with her. I share special bond with her and I am very comfortable around her"

Talking about his plans of entering Hollywood, he said: "I wouldn't mind to work in Hollywood. But right now I am quite happy with my line up here. And one thing I know, it is very difficult to make it there because senior actors than me have done so much of hard work to get there like Priyanka Chopra and Deepika Padukone.

"Both of them are such talented actress and even they are on top of their game but still they have to audition for the roles so I am still long way off," he said.
Celebrity , Entertainment , tiger shroff