Romancing, fighting in films is no heroism: Rishi Kapoor

Veteran actor #Rishi_Kapoor has called the police, fire fighters and the medics "real heroes" and added that romancing or fighting in films is no heroism. 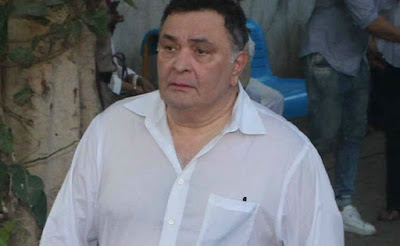 "The Real Heroes. '9/11' Firefighters entered Twin Towers knowing eminent death. Now Grenfell Tower where again the braves have entered. Singing songs, romancing or fighting in films is no heroism. The real heroes are the fire fighters, police and the medics. I was no hero! Sorry!" Rishi tweeted on Wednesday night.

The 64-year-old actor's tweet came after a major fire took place and consumed a 24-storey apartment complex in west London housing hundreds on Wednesday.
Firefighters were alerted to the blaze at Grenfell Tower, an apartment block located in the neighbourhood of Kensington, shortly after Tuesday midnight, reports Efe news.

Some 200 firefighters and 40 fire trucks were deployed to the scene and emergency workers were battling to get the fire under control.

On the work front, Rishi will soon be seen sharing screen space with megastar Amitabh Bachchan in the upcoming film "102 Not Out".

The film features Amitabh as a 102-year-old and Rishi as his 75-year-old son.

"102 Not Out" is based on writer-director Saumya Joshi's successful Gujarati play by the same name. The film is a sweet story between a father and a son and the duo will also speak a few lines in Gujarati in the film!

Amitabh and Rishi, who will be seen sharing screen space after two decades, have previously worked in films like "Amar Akbar Anthony", "Naseeb" and "Kabhi Kabhie".
Celebrity , rishi kapoor