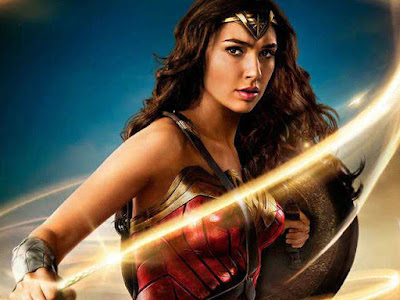 The latest DC Comics superhero movie, starring Gal Gadot, is the first big-budget superhero movie with a female lead to be directed by a woman, Xinhua reported.

The previous record-holder for top opening for a female director was Sam Taylor-Johnson's "Fifty Shades of Grey" which debuted with an $85 million weekend in 2015.

"A perfectly cast Gal Gadot in the lead role coupled with a great release date, killer marketing campaign and above all a great movie that has both critics and audiences buzzing on social media, contributed to this better than expected result," said movie analyst Paul Dergarabedian at comScore
ComScore/Screen Engine's PostTrak shows that audiences gave the film 4.5 out of 5 stars and the audience split was 52 per cent female and 48 per cent male.

The animated family-friendly action adventure based on the children's novel series "Captain Underpants" by Day Pilkey.

Disney's "Pirates of the Caribbean: Dead Men Tell No Tales" moved to the third place with an estimated $21.6 million.

The fifth installment of the "Pirates" franchise has earned $386.6 million to date internationally for a global total combined with North America of $501.2 million.

Disney and Marvel's "Guardians of the Galaxy Vol. 2" landed in the fourth place with an estimated $9.7 million, bringing its five-week total to $355.5 million in North America and $816.6 million globally.