Singer-composer #Lesle_Lewis, best known as a member of the Colonial Cousins, said to receive his first singer's award is nothing less than having a magical moment. 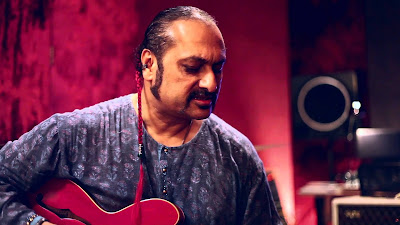 As Colonial Cousins, which also consists of singer Hariharan, he has won MTV Indian Viewers' Choice award in New York and Billboard Award for the Best Asian Music Group in Las Vegas.

On Friday, he was honoured with the Indian of the Year by the brand management consultancy firm Brands Academy here.

"I am getting lucky now. It's my first ever singer's award. I've always won awards for being a composer, but never got for best singer. This is my first, so it's really cool," Lewis told.
"When Colonial Cousins gets an award, it is shared with Hariharan. I've never complained about it. But Lesle Lewis as a singer is fantastic. Since I am stepping out as an artiste... finding my own stay as a singer and have people respond to you and get an award... is wow. It's a magical moment," he added.

To connect with his loyal fans, he has also started 'Connect with the fans', a series of live performances.

"I've started singing a lot now. I am performing for free that nobody else does. That is the only way I can make myself affordable to the fans," added the artiste, who has worked with singers like Asha Bhosle and KK.

For one year, the "Haseena" hitmaker will perform for free.

"I performed in Ahmedabad, Kolkata and will be soon going to Goa and Indore. I'm giving back to the people who made me a star after 40 years," he said.
Celebrity , Entertainment